Such a Heart as This: The Intellectual Implications of Deuteronomy 5:29

Today we have SMART devices. The acronym SMART means Self-Monitoring Analysis and Reporting Technology. It monitors hard drives and alerts us when there are problems and harmful processes underway. Smart devices, like cell phones, TV’s, cameras, and computers, connect to the internet. We can quickly access information, share it with others, and store it for future use. SMART devices also link with other digital tools through wireless protocols such as Bluetooth.

Suppose, however, we think of SMART technology as a metaphor and apply it to the evangelical church. That church would be highly interconnected and supremely self-aware. It would possess multi-capacity hardware and endless, application potentials. So, let us engage in a little thought experiment and imagine what this might mean.

The SMART church’s self-monitoring analysis and reporting capacity would scrutinize the thought and practice of the church, and warn us quickly of any crisis or inappropriate application. The church would quickly address malpractice and moral failure, such as abuse of power, sexual misconduct, unwise political collaboration, or lack of financial transparency. It would also discern and address fatal doctrinal errors and syncretism with local cultures and worldviews (“viruses”).

The SMART church would connect with its religious history, its

social context, and the global Christian community. It would know its past: the creeds, theological development, and key moments in church history. It would link to believers all over the world and learn from them. It would deeply understand the cultural setting in which it resides.

The SMART church would be a place for thinkers. Believers would love God in all dimensions: their heart, their hand, and especially their mind (Mark 12:30). Businessmen, artists, academics, writers, technicians, and scientists would grow in knowledge and wisdom. They would connect their faith and profession. They would discern how to go “into” the world but not become “part of” it. Sermons would be well-prepared and intellectually stimulating for believers and non-believers. The music and lyrics would be thoughtful, other-focused, and multi-cultural. The liturgy would include scripture reading, confession of sin, communion, testimony, and citation of creeds.

The SMART church would function as a learning center whose members possess intellectual curiosity. SMART believers would be readers because of their hunger to learn about God and his world. They would study the Bible and the basic tenants of theology. They would understand human depravity and divine grace. They would view their cultures critically and engage idolatry. They would also design many creative applications for the glory of God and the benefit of mankind.

The SMART church would provide insightful contributions for the common good and public square. SMART Christians would attain positions of influence in society in business, the arts, sciences, politics, law, education, and the media. They would express and model the intellectual plausibility and existential credibility of the Christian faith.

But now, let us return to ecclesiological reality. Sadly, many evangelical churches today are not SMART. They are not often historically, globally, or even contextually interconnected. They are turned inward and tuned out. They are gullible and easily swayed by public opinion and erroneous schemes. They are viewers (of social media, movies, and TV), not readers. They are largely irrelevant intellectually. They are basically self-preservative, continually focused on maintaining outdated infrastructure.

Metaphorically, many churches prefer the old, rotary phone. Their technology cannot connect with the world today. And, sadly, we know what happens with old technology. It goes to the museum or worse—it is thrown into the trash.

The hope of future knowledge of God is the purpose and plan of our Creator. One day, the impact of sin upon the mind and heart will be reversed. Our brains, body, and soul will completely serve and honor the Lord. One day, we will reach the finish line.

Why? Because knowing God is the goal of creation and through him to know all things: “For the earth will be filled with the knowledge of the glory of the Lord as the waters cover the sea” (Hab 2:14).

In Jeremiah the Lord pledges divine enablement to know him. “I will give them a heart to know that I am the Lord, and they shall be my 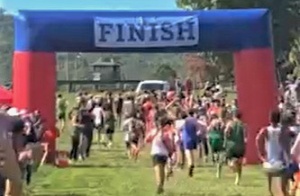 people and I will be their God, for they shall return to me with their whole heart” (24:7). More significantly, God proclaims an entirely new relationship with his people based upon a new covenant that enables a universal knowledge of God: “I will put my law within them, and I will write it on their hearts. And I will be their God, and they shall be my people. And no longer shall each one teach his neighbor and each his brother, saying, ‘Know the Lord,’ for they shall all know me, from the least of them to the greatest, declares the Lord” (31:33b–34a).

Finally, the Messiah will fulfill Adam’s broken mandate (Gen 1:28). He will “work and keep” God’s creation (2:15), bringing order, beauty, safety, and purity, and productivity to the entire earth. He lives forever because he gains all knowledge and wisdom from the only authenticated course, God himself. The “last Adam,” Christ (1 Cor 15:45), will not fail as the first Adam or Israel or the church, for he will reject all knowing apart from listening to and obeying God. And, most importantly, all this will be accomplished because (“for”) “the earth shall be full of the knowledge of the Lord as the waters cover the sea.”

This is our finish line and the end of our marathon―knowing God.

Buy My Book: Such a Mind as This: A Biblical-Theological Study of Thinking in the Old Testament

"This is a very deep book. It is written at college level and is a bit of a challenge to read for the layperson. Nevertheless, I would recommend that all Christians who want to deepen their understanding and relationship with God make the effort to read this book! it is well worth it."

"In the words of the kid on the tricycle at the end of The Incredibles, "That was totally wicked!" Seriously, what a jaw-dropping read. So, so, so good. Every chapter was my favorite until I read the next one. Anyway, wow! The book of Job finally makes sense. And Deuteronomy has always been my favorite OT book; now I know why."

"This book is rich in Old Testament knowledge about the mind. I pray that His people will apply it."

"This is NOT entertainment! It contains no junk food for the soul. This book will challenge you to pay attention to your daily thinking because all sin begins by first engaging in wrong thinking."

"Every pastor, Bible teacher or student of the Word should have this book on their shelf."

“I really enjoyed Such a Mind as This. I am a theological layperson. I don't read a ton of theology (but certainly some). Your book just adds such a fresh perspective. It opened my eyes to a lot of things I had just never really thought of or grasped before.”

"I especially liked Chapter 2 so far and the point you make about the world being subject to analysis and development, and how it’s also stunningly beautiful AND complex, which allows us as humans to use our minds. I am enjoying it a lot and impressed with the quality."

“The book is for the theologically, intellectually minded, not for the typical layperson (but that's the problem isn't it, that most lay people have not been trained to ‘use their minds’!).”

This site supports my book, Such a Mind as This: A Biblical-Theological Study of Thinking in the Old Testament.

You ought to read these books

Fit Bodies Fat Minds: Why Evangelicals Don't Think and What To Do About It

Think: The Life of the Mind and the Love of God

The Old Testament Is Dying: A Diagnosis and Recommended Treatment

The Drama of Scripture: Finding Our Place in the Biblical Story

A New Heaven and a New Earth: Reclaiming Biblical Eschatology

Not the Way It's Supposed to Be: A Breviary of Sin

Ancient Near Eastern Thought and the Old Testament: Introducing the Conceptual World of the Hebrew Bible

The Liberating Image: The Imago Dei in Genesis 1

The Lost World of Genesis 1: Ancient Cosmology and the Origins Debate

The Fear of the Lord Is the Beginning of Wisdom: A Theological Introduction to Wisdom in Israel

"Here Are Your Gods": Faithful Discipleship in Idolatrous Times

We Become What We Worship: A Biblical Theology of Idolatry

How to Think: A Survival Guide for a World at Odds

The Last Christian on Earth: Uncover the Enemy's Plot to Undermine the Church

You Are Not Your Own: Belonging to God in an Inhuman World

Christianity at the Crossroads: How the Second Century Shaped the Future of the Church